Upon his retirement, Professor of International Investment and Trade Law Kaj Hobér was presented with the Festschrift Forward! Bперёд! Framåt! : Essays in Honour of Prof Dr Kaj Hobér.

The presentation was made at a seminar arranged by the Faculty of Law in Uppsala in partnership with the law firm of Mannheimer Swartling Advokatbyrå and the Stockholm Chamber of Commerce.

Thirty people contributed to the Festschrift in honour of Kaj Hobér. The book was co-edited by professors Eric Bylander and Anna Jonsson Cornell and attorney Jakob Ragnwaldh. Doctoral student Victoria Bùi served as the editorial secretary. Several of the authors are also scholars attached to the Faculty, including Joel Dahlquist Cullborg J.D., Associate Professor Eva Storskrubb and Honorary Doctor Professor William E. Butler, who spoke about their contributions at the Festschrift seminar.

The title of the Festschrift, Forward! Bперёд! Framåt! Is Kaj Hobér’s motto in English, Russian and Swedish, the main languages he has worked in as a distinguished legal scholar, lawyer and arbitrator. True to his motto, Professor Hobér will continue his work at the Faculty, now in the capacity of Senior Professor. 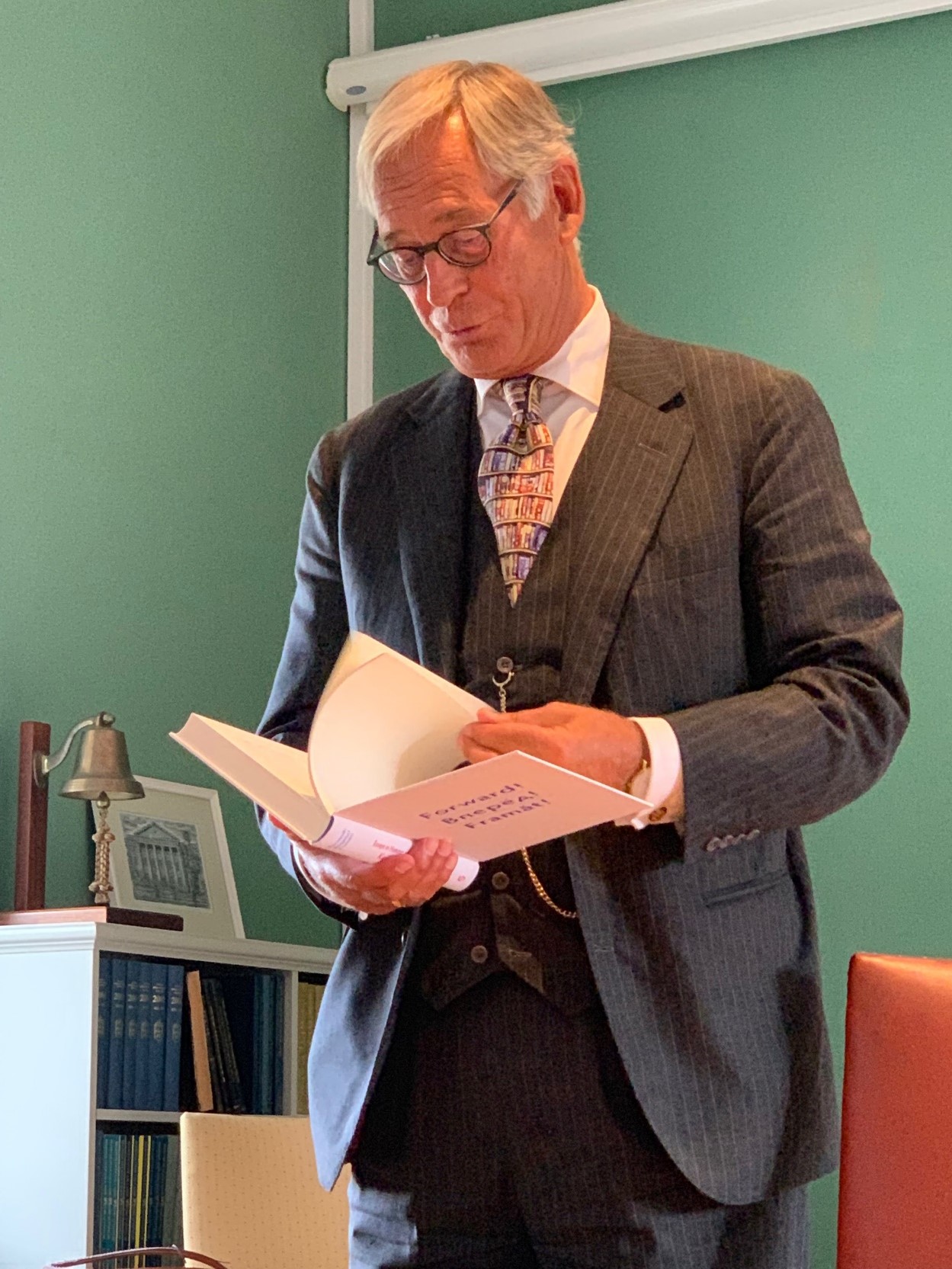