Portrait of a researcher: Oskar Mossberg

At the interface between Law and Rhetoric, Oskar Mossberg investigates Green Promises and Third Party Rights.

Oskar Mossberg is a postdoctoral researcher at the Department of Law, where he is currently working on two projects. One is a monograph about third party contracts. The other explores the potential of incorporating sustainability interests into private law regimes, by analyzing corporate environmental rhetoric as an issue at the boundaries of contract law.

It is becoming increasingly clear that climate change is an issue both real and pressing. However, it has tended to elicit quite different responses, both in academia and in the wider society.

Many companies respond to the climate crisis by adopting a traditional capitalist mindset, adopting approaches aligning with the Machiavellian idea that you should never "waste the opportunities provided by a real crisis". Thus, companies aim to capitalize on the crisis, by promoting their products or themselves as “green" as possible in order to increase market share.

- You could describe my research along those lines, if you want to make it sound as ‘critical’ as possible. It examines corporate green rhetoric and 'greenwashing', i.e. the use of false or misleading environmental claims in marketing, says Oskar Mossberg. Along with rhetorician Erik Bengtson, Oskar is studying the growing phenomenon of ‘green promises’, considering their uses, abuses, and effects, particularly within the energy sector.

Despite the inevitable critical aspects, the goal of the research is not simply to criticize, to cast suspicion, or to shame.

- It is true that there are often grounds for suspicion, and the very accusation of ‘greenwashing’ suggests that the claims in question lack substance," says Oskar Mossberg. However, our project is focused on the potential constructive effects of green promises: On how they can shape public opinion and guide behavior, and on how they can be given legal effects. Using contract law regimes as a foundation, and drawing on rhetorical theory, allows for the creation of a theoretical framework that can be employed to hold people accountable to their promises, which in the case of green promises can contribute to climate transition.

The interdisciplinary project is based on dialogue between various disciplines and draws inspiration and material from fields such as sociology, philosophy, marketing, as well as law and rhetoric. The scope of the project also extends to various areas of law, including civil law, environmental law, market law, and European Union law.

- This way of working certainly presents its challenges, and it is easy to make mistakes outside your own field of expertise. However, we have had invaluable support from our departments and networks, as well as from CIRCUS, Uppsala University's platform for interdisciplinary cultural and social research. And by continually presenting to researchers in other fields, not only do we improve the quality of our results, but we also ensure that the work is of interest to a wider audience.

In addition to his research on corporate green rhetoric, Oskar is also exploring the possibilities of benefitting from other people´s agreements. Building on his previous research and in continuing dialogue with international, particularly Nordic, discussions, he is currently writing a monograph on Third Party Contracts.

- This subject brings many fundamental theoretical questions to the forefront and highlights how different theoretical perspectives and frameworks can shape the outcome of actual cases, ultimately impacting people's lives. As the subject is still relatively under-theorized (the last Swedish monograph on the topic was published in 1908 and primarily focused on German law!), there is also a lot of work to be done. It is a fascinating area to explore. 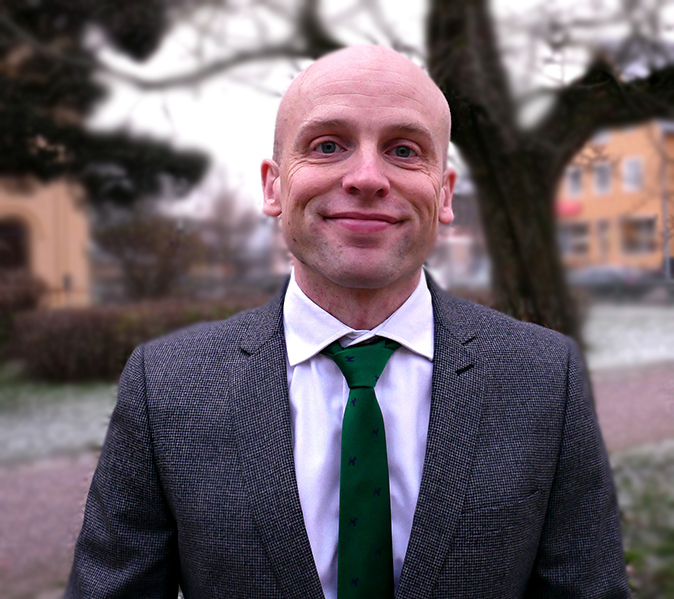